Aside from the usual list of bugfixes, NVList 3.3 adds some usability features to the build system. The resource optimizer is no longer a separate window, but will instead integrate into the build system window itself. You’ll also get a warning now when trying to close the window while a build task is still running.

My favorite new feature is the support for tiling textures. Marking an an image as tiling causes it to repeat for UV coordinates outside the [0.0-1.0) range. These UV coordinates can be set using a new setUV method for image drawables. The most obvious use for tiling is an animated fog effect (Days of the Divine uses it in that way), but I’m looking forward to more creative uses in the future.

The improvements on the Android side are a lot more noticeable. JNG images are finally supported on Android as well, bringing with them a significant reduction in file size over PNG. By far the biggest change however is the addition of a new OpenGL ES 2.0 rendering back-end for devices with the required hardware support (almost everything supports GLES 2.0 these days). On older hardware, the old rendering back-end will still be used. The GLES 2.0 renderer fully supports bitmap tweens and shaders, closing the gap between desktop and mobile almost entirely.

Rendering in NVList is handled entirely through OpenGL (ES on Android). There’s no software fallback renderer, but there’s not really a need for one either. I’ve heard terrible tales of the OpenGL implementations on Intel graphics cards, but other than awful performance I haven’t found any problems. Heck, even the "GDI generic" OpenGL 1.1 implementation built into Windows seems to work fine. The capabilities of NVList’s renderer attempt to closely mirror that of the underlying graphics hardware. Some parts (GLSL shaders) require 2004-era hardware, which is why they’re optional. I’d love to be able to count on fragment shader support, but unfortunately for anyone building a VN engine, your users will expect things to work even on their decade-old toaster.

END_OF_DOCUMENT_TOKEN_TO_BE_REPLACED

This is the first in a series of posts explaining some of the internals of the NVList engine. If you’ve ever wondered what a visual novel engine looks like on the inside (or at least the way NVList is designed), here’s your chance. I have a few articles already planned, but suggestions for future subjects are also welcome.

Today’s topic is image loading, covering the entire process from a PNG file on the hard drive until the moment it’s ready for rendering to the screen with OpenGL.

END_OF_DOCUMENT_TOKEN_TO_BE_REPLACED

The most prominent change in 3.2 is a large restructuring of the bundled tutorial scripts. I tried to group things more logically and order them by usefulness/difficulty. The newly added setExitFunction allows you to replace the default exit confirmation dialog.

I’ve also updated Cottage on the Moor (NVList example VN) to be compatible with NVList 3.0 and above.

I’ve received some reports of freezing/crashing on Linux/Mac with older versions of NVList. The included OpenGL bindings have been updated to the most recent version (JOGL 2.0-rc11) which should resolve the problems. Please let me know if you’re still having these kinds of errors with NVList 3.1.

The most prominent change in NVList 3.1 is the inclusion of a default splashscreen for the generated executable. It uses the same image as the splash screen for the installer, build-res/splash.png. Another nice addition is the script tab in the debug window. You can use it to directly jump to a script (equivalent to using call in the Lua tab) and also to view information about your script files like the total word count. I’ve cleaned up and restructured parts of the text rendering code as well. Right-to-left (and bidirectional) text should now work on both the desktop and Android versions of NVList.

A major version release brings new features, but also incompatibilities. All deprecated functions and backwards-compatibility hacks have been removed. A lot of GUI-related code has been altered or moved and the way layers work has been significantly changed. Layer are now also drawables which means layers can now contain other layers. Because of these changes, visual novels written for an earlier version of NVList won’t work by default. You can force an older VN to work by changing engineTargetVersion in game.ini to 3.0 or later, but take care to test thoroughly before releasing.

As you may know, NVList requires Java to run. The current version opens a browser window to java.com when no compatible Java install is found. NVList 3.0 makes it easier to distribute Java together with the VN, requiring no separate Java install. Just check the include-private-jre box in the build preferences and a 32-bit Windows Java runtime will be packaged with the VN.

There have also been some improvements to the Android port. It now displays total play time in the preferences screen and there’s a new setting to change the minimum number of lines the text box should show at one time. The "initializing" screen has been given a makeover and now features a changeable splash screen image (build-res/splash-android.png).

Relatively minor changes this time, but one change with a large impact. I’ve made it easier to replace the built-in special screens (choice, save, load, textLog) with versions of your own. This was already possible, but required overriding the default implementations of some built-in functions and writing your own screens from scratch. There’s a new example script gui/06-custom-screens.lvn showing off how to replace the default choice screen with a slightly fancier version.

The Android port is finally here. It’s now possible to create an Android version of your NVList VN with a flick of the wrist and a press of a button. The new Android Build Config sub-screen guides you through the process, warning about missing/incorrect properties. Full documentation can be found here.

One thing to keep in mind when creating an Android port is that on Android, the engine controls the position and size of the main textbox. This is to allow your readers greater control over text size, etc. Since the system overrides some of your settings, it’s usually best to disable textbox customization on Android. A global boolean android is set when running on Android, so to use a custom textbox (but not on Android):

The biggest new feature is the inclusion of a registerSpeaker function that offers an alternative way of changing the currently active speaker:

The text log screen has gotten a visual upgrade (there’s a proper scroll bar now), and it’s now possible to use the mouse wheel to scroll up/down. The save screen now remembers the last-used page and the most recent save is marked with a "new" indicator.

The most significant GUI update is for the image gallery. It now supports image sequences, for example if you have 5 variants of the same CG they can be grouped together. Just put the images together in a sub folder and they’re automatically grouped.

A new tutorial was added demonstrating the blend/wipe/shutter/blur/distort shaders. The blur shader couldn’t be instantiated from Lua before, but from 2.7 onwards it can. Completely new is the distort shader which can be used to create wave/twirl/ripple effects.

It’s now also possible to merge several image files together to create a new texture. This can be useful for creating layered sprites by merging a base sprite, clothing and expression at runtime. Merging sprites is an expensive operation that can take a few hundred milliseconds for larger sprites on slow hardware — having the sprites as pre-merged images usually offers better performance. Sometimes pre-merging is impractical/impossible, that’s where this new ImageFx.composite() function can come in handy.

I’ve been working on the Android port of NVList, mostly on getting it to the point where it’s usable by humans and you don’t need to be some kind of masochistic time wizard to get it running.

I’m adding a subscreen to Build.jar for configuring Android-related settings, and generating/updating an Android project based on those settings. The generated project will have the app icon, name, etc. hardcoded, but not any of the scripts or other resources. You can choose to either include the resources as assets directly into the APK, or as a separate download (preferable for VNs over 25-30MB).

There’s still a bunch of documentation to write, and a considerable amount of fiddling. I hope to have Android support ready for NVList v2.8 (currently at v2.6). The code of the Android version of the engine itself is ready; I made a quick Android port of Cottage on the Moor to test/demo the code: 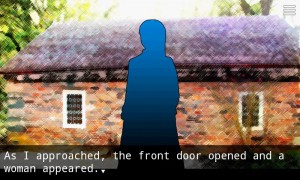 Cottage on the Moor (Android version)